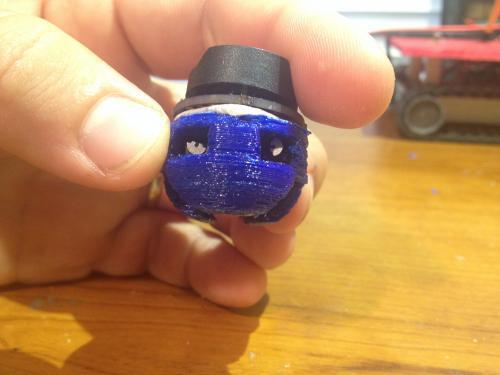 I printed a body and added BLE. I’ll explain tomorrow after I get some rest, but the BLE was to allow me to test directed locomotion. I’ve also done some feature testing (load-sharing, charging circuit, “hunger” ADC), the board is actually a good design. Works well.

My goal is to test the physical and feature designs with the ATtiny84, and when Mr. Bdk6 releases his toolchain for the LPC1114, switch it as the controlling chip.

This is my version of Yahmez’ Baby Bot, the ATtiny84 Y-Baby (YB84). There are few differences from Yahmez’ version.

This version came about because Yahmez’ Baby Bots were so damn cool I had to copy them. Here’s the node where I asked permission and added design notes. Also, I’ve wanted to make a small, cheap, small robot to couple with my Overlord projects in hope to develop an electronic lab-rat.

Here is the BOM:

Note, I’ve not included the IR receiver or IR transmitters in the BOM. I’ve not tested the circuit yet, or sourced cheap parts. But I’m shooting to keep them under $10. 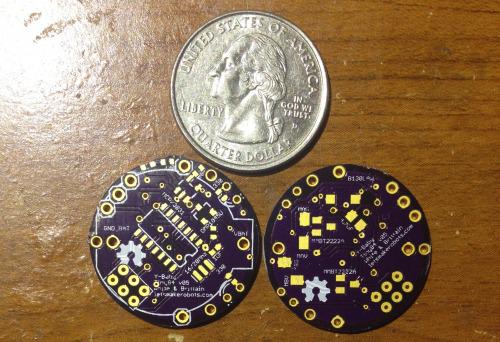 Really, there wasn’t much to developing this little guy, Yahmez had done all the work. I simply selected an Atmel uC that I felt was cheap enough and provided enough pins to accomplish what I wanted to do with the little guy. The one problem I had was with the load-sharing circuit I tried to copy from Zak Kemble.

When I went to layout the load-circuit my mind got locked on the old thought, “MOSFET diodes go against the current.” This caused me to lay the DMP1045U down backwards, which essentially shorts the battery. 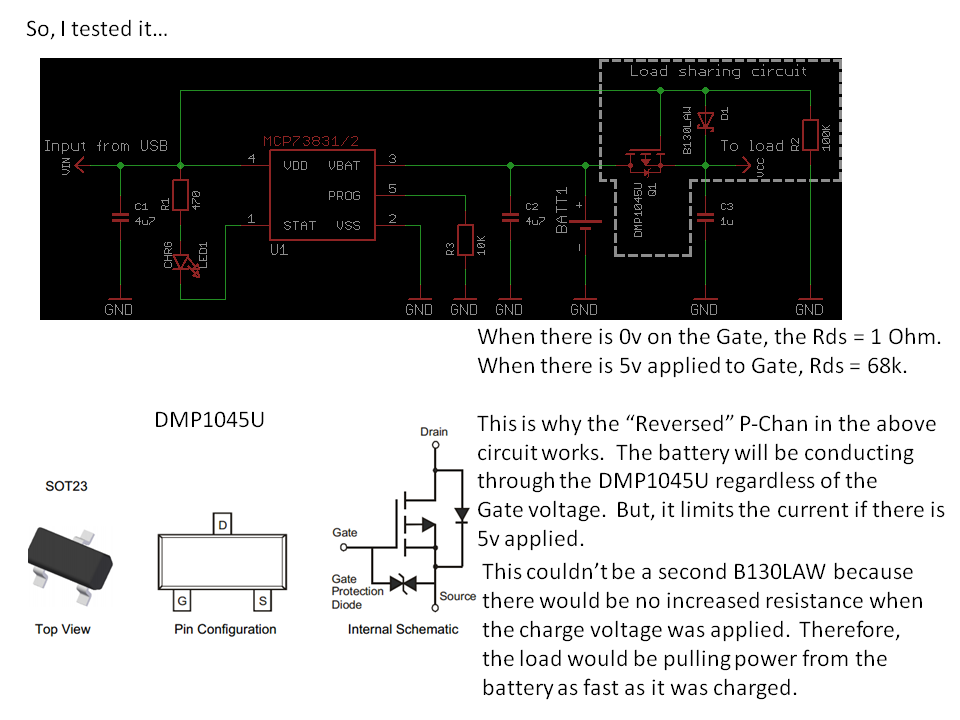 This took me a bit to figure out. I apparently wasn’t the only one that made the mistake, as a comment on Zak’s blog had a fellow asking my questions for me. In the end, I got the circuit sorted out and now the little guy works as intended.

That’s about it for now. I still have lots of testing to do on the little guy.

Currently, I have a pogo-pin programming header. But it is imperative to accomplish my goals for this little guy to make him programmable via IR. This should allow me to program a swarm of these little guys without manual interaction. I know the Kilotbot projects modified the Arduino code to do this very thing. My ideal setup is to add a mobile hanging over a swarm of these guys. On this mobile would be: IR-TX, IR-RX, and a camera. The camera would be using Overlord to track these guys and the IR to communicate with them in mass.

As always, thoughts, opinions, and critiques I welcome :)