I’ve been working on an automated system for sorting LEGOs. It seems like a simple enough task, however, the nuances of implementation are ugly. I have prototypical solutions for a few of these challenges, such as identifying the LEGO and creating training data for supporting the classifier. But one of the trickier problems has vexed me: How do we get the LEGO from a container to the classifier?

The answer is obvious, right? A conveyor belt. They are ubiquitous in manufacturing, so I thought, “Simple. I’ll toss a conveyor belt together real quick and that’ll solve that.” Hah.

After a month and a half of failed attempts, I’ve eventually created a working prototype. 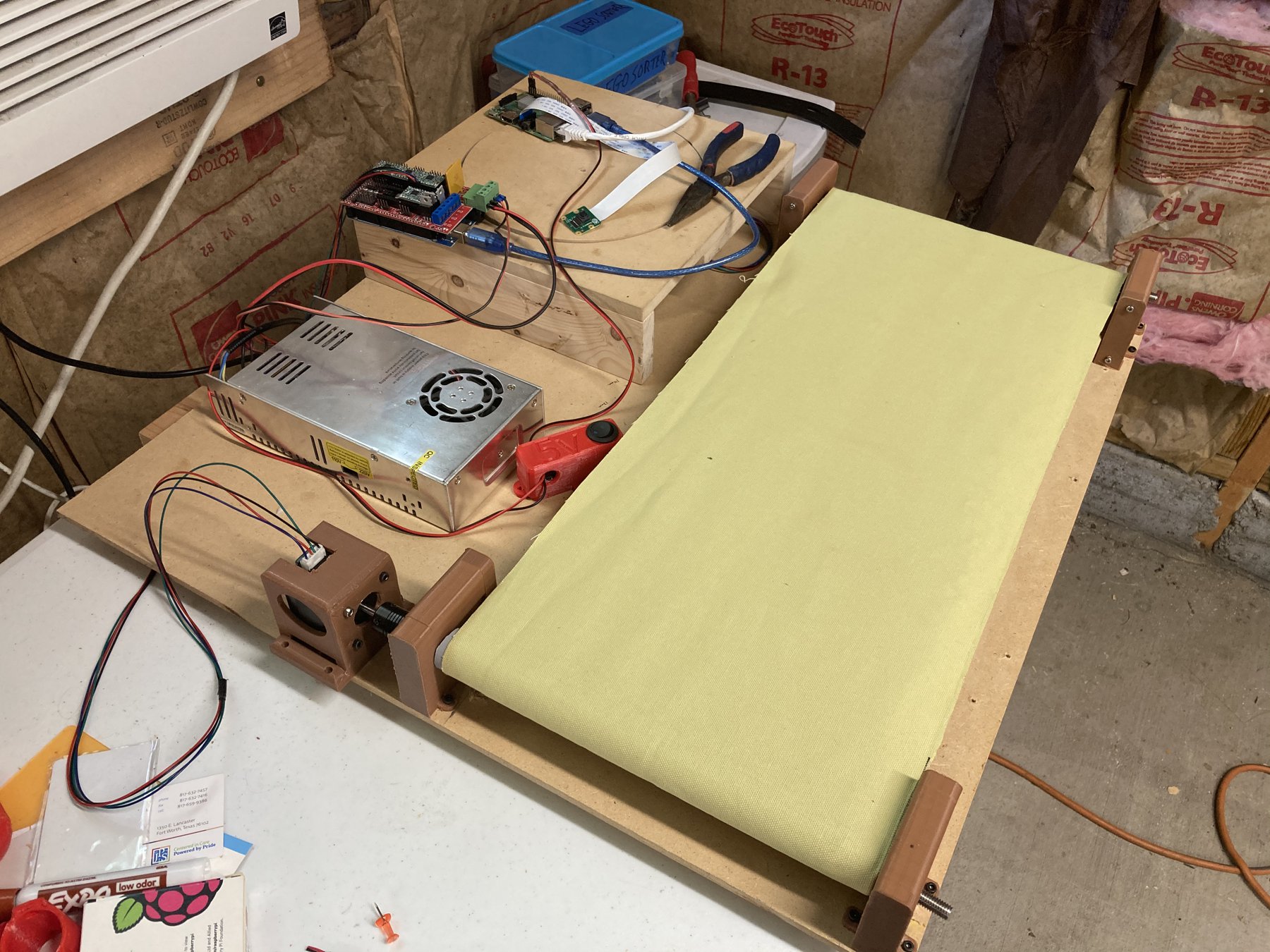 The system consists of 5 parts:

Covering all parts will be too much for one article, so in this article I’ll focus on the setting up the environment and in a subsequent article I’ll review the firmware, software, and physical build.

I hate trying to program on computers other than my workstation; I’ve also found it problematic to write a program for a Raspberry Pi on a PC. To get the best of both worlds I use sshfs. It lets me mount Raspberry Pi folders as local folder, enabling editing Raspberry Pi files from my workstation. Nice! 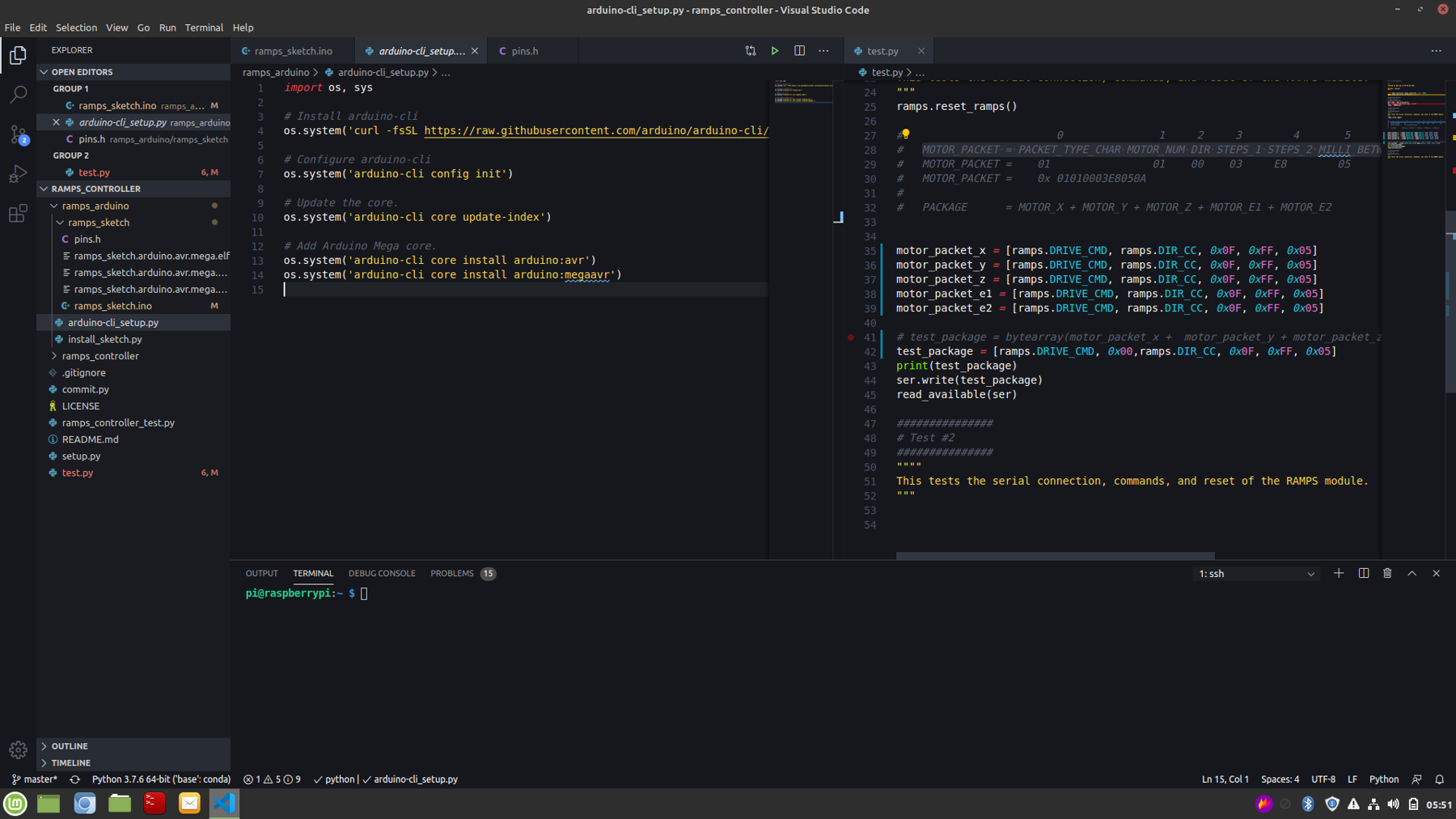 The setup is pretty simple, depending on your workstation’s OS.

Luckily, DigitalOcean has already put together a multi-OS walkthrough of setting up sshfs

Once you have sshfs setup, you can create a directory and mount the entire Raspberry Pi.

For me, running Linux Mint, it was:

A few notes on the above command:

If all goes well, you should be able to open your Raspberry Pi files in Visual Studio Code (or IDE of choice) by navigating to the ~/rpi directory.

To run files, you still have to ssh into the Pi. I usually do this by creating an integrated terminal in Visual Studio Code.

Now I had a way to edit Raspberry Pi files on my PC, but I still needed to be able to connect my Arduino to the Pi and program it from my workstation. The route people seem to use for remote programming is using a VNC program, like RealVNC, to access the Pi’s desktop remotely. Gross. Give my command line back.

Now I had all the needed pieces to make for comfortable coding:

I was pretty excited. I just need to put the pieces together.

First, I had to get the Arduino CLI running on the Raspberry Pi. That turned out pretty painless. In fact, I turned the installation into a Python script for you.

You can download my entire setup using git. From your Raspberry Pi’s command line run:

Or if you prefer to add it to your own Python script:

The installation script downloads the Arduino CLI and installs it. It then updates the Arduino core libraries. Lastly, it ensures the AVR and Arduino Mega AVR cores are installed as well.

You should now be set to compile and install new firmware directly from the Raspberry Pi to the Arduino Mega2560. I’ve also created a firmware installation script, which eases installing new code.

At the root of the install script are an Arduino CLI command to compile and then upload: 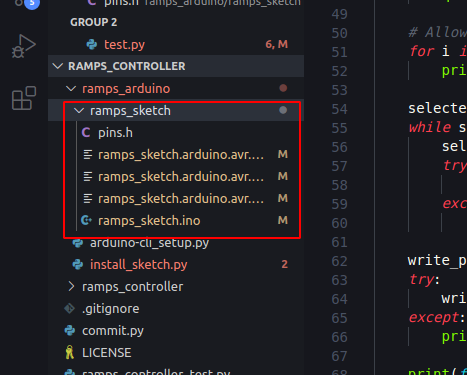 A couple of notes, if you have trouble running the install script here are two issues I ran into:

The install script uses Python to lookup what USB-serial bridges you have attached to your Pi. This Python relies on the pyserial package. Make sure it is installed using:

For the install script to work correctly, the executing user must have access to the USB-serial devices. This is known as the dialout group. The right way of doing this is by adding the permission to the user.

If this fails, you can use the “wrong” way and just execute the ./install.py script using sudo.

Ok, that’s it for now. I’ll tackle the firmware next.

I’ve you have any trouble with the code, or have questions, just leave a comment below.