I want to take a moment to thank Bdk6. The man is a walking Stack Overflow, with more patience for stupid. I doubt I’d understand any of this without his guidance. 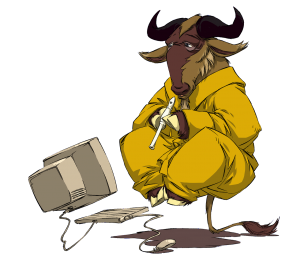 How to Convert Hex Data to UUE

Unix-to-Unix encoding (UUE) is the process where binary data is converted to a form which can be represented using ASCII character values from space (32) to underscore (95). These 64 characters allow us to express any binary stream of data.

I will not spend a lot of time explaining UUEncoding since the Wikipedia article is excellent.

Have you written a program to look for a particular value? Like this,

You begin running your program and everything seems fine. It is inspecting data looking for the letter T (0x54), but then, all of a sudden your program exits without reason. You’re upset, because the sensor sending you the data didn’t send the exit code, which is a carriage return (‘\r’, or 0x13), but still, your program ended like it did.

Really, we know the reason, your program came across a random 0x13, which it interpreted as an exit command. Maybe a different special character?

But you realize, if you are dealing with a 8-bit data stream any ASCII character might be found in the incoming stream. So, how can the communicating devices know when it is getting data, versus, when it is receiving a command? 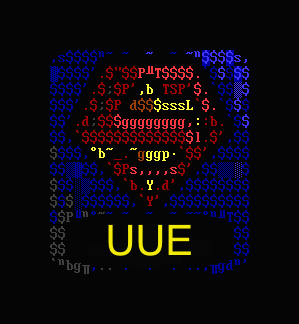 This is where UUE comes in. As I stated earlier, UUE is a way to represent the same 8-bit data using only hex values 0x32 through 0x95 (the two middle columns in the ASCII chart above). This means characters 0x00 through 0x1F and 0x60 through 0x7F are free to be used for command functions.

Returning to the above example, this means we could now us the CR value to signal the end-of-transmission, since CR is 0x13.

Ok, I hope I’ve sold you on UUE’s utility, let me attempt to explain the basics of how hexadecimal data is converted into a form which may be represented with only 64 values.

UUE conversion works with three bytes of data at a time and follows this algorithm.

Confused as hell? I was too. Pictures are good. Let’s follow the Wiki example and use: Cat

The first step is to take the binary values for each ASCII character.

This means the resulting 24-bit binary series is,

This is then divided into four 6-bit bytes,

At this point the 6-bit (senary) byte gave me a little trouble. I didn’t understand how 6-bits were treated by the 8-bit variable I was putting them in. For example, how could I get an int variable to take only 6 bits, not 8? The trick is understanding the 8-bit variable is only the width of the allotted space provided in a register, it has no influence on what you put in it. It finally dawned on me, I didn’t need to worry about the empty bits in a register.

Anyway, this is how I finally made sense of it. As long as when I did my bit manipulations I kept unused bits of the register towards the “left” side, the my 6-bit values could be put into a 8-bit register and there value would remain the same.

Alright, back to our example.

Our next step is to add 32 to each of the decimal value of our new four bytes. 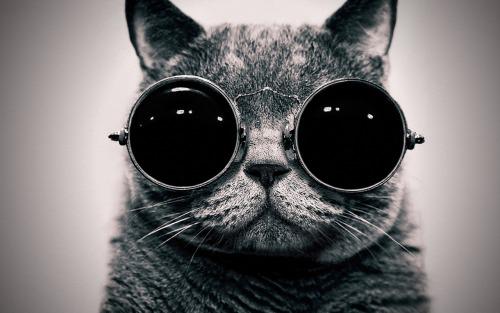 And…that’s it. Your data is now UUEncoded. When it is sent through whatever transmission medium it wont be bothered with special character protocals. For our Cat, we have transformed it into: 0V%T

Let’s hope for the Cat’s sake, there is decoding algorithm.

Those sharper than myself may have already noticed a couple of problems. For instance, what if our data doesn’t come in increments of threes? For example, how do we send Cats?

The answer? We make nothing up. In the instance of Cats, we simply pad the end of the character series with two nulls on the end. For example,

Uh-oh. Another problem. The whole point of UUE was to stay away from special characters like the space character (0x32). But now we have two of them in our transmission. Well, the UUE protocol addresses this. It states,

Finally! We have encoded “Cats”

**Hmm, what else are you going to need to know? Oh, right, how the UUE data is stored.**

UUE stores and sends data in lines. A line of UUE data consist of a start character, which represents how many bytes have been encoded in the line (not how many UUE characters are in the line) by using a 6-bit number stored as an ASCII char. The line of UUE data ends with a new line character (i.e., ‘\n’). Lastly, a UUE line is limited to 45 bytes of data. This means, the maximum amount of data characters in on line of UUE should be no more than 60. Or, 62, if you count the start character and the end character.

Again, examples are good. For our Cats, the line would look something like this,

Let me take a moment to describe how we get the start character. Basically, we count how many bytes we are sending, in our case 4, and we add 32. This gives us the decimal representation of the ASCII character we will use as our start character. Therefore,

Confusing? It’ll probably make more sense when we look at the code.

Speaking of which, I think I’ve covered the basics, time to jump into implementation.

Well, here it is. My shoddy implementation of a UUEncoder in C.

And there you go. UUE!

Here are some additional resources I found helpful,